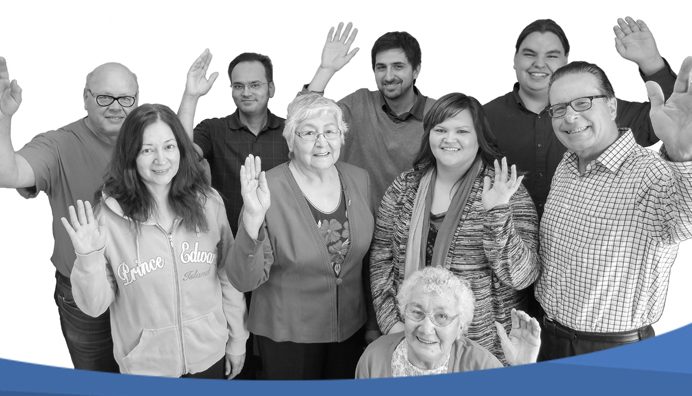 Selkirk’s population has pushed past the 10,000 mark for the first time in decades and city leaders say it’s confirmation their purposeful strategy for growth is working.

Statistics Canada released numbers on population and dwellings last week, the first results from the national census, taken May 10, 2016. The City of Selkirk’s population rose to 10,278 people, up from 9,834 in 2011. That’s an increase of 444 people or 4.5 percent. City leaders also say they know the population has increased since that snapshot in time.

Growth for the Right Reasons

Selkirk Mayor Larry Johannson called the census numbers “dynamite” news that reinforce everything the city has been working towards.

“We’ve attracted people to our city for all the right reasons. People have come to Selkirk because we’ve made improvements in critical areas that are important to people,” Johannson said. “I think what we’re seeing more now than ever is when people are looking at a community to move to, they’re still concerned with how many bathrooms the house has and if there’s available jobs. But they also want to know what kind of recreation there is, are there cultural opportunities, what are we going to be able to do in the evening and on the weekends? They want a city with a heart and a pulse. Selkirk has it.”

Selkirk Chief Administrative Officer Duane Nicol said there’s a growing trend in the city, which has seen positive numbers in the 2016 and 2011 Canada Census results. Prior to that, the city’s numbers had been trending downward since 1981. It’s a sharp turn around, Nicol acknowledged, and said for the first time in a long time Selkirk is leading in growth in the Tri-S region.

“That’s a good thing, and there’s a couple of key reasons why – we’re not growing just for the sake of growing, but growing towards economic, social and environmental sustainability. It is by design, it is intentional growth following smart growth principles. It’s not uncontrolled,” Nicol said. “The city has, for the past seven years, really focused on in-fill development and increasing density where it’s appropriate. We’re not adding tons of new infrastructure, we’re making better use of our current infrastructure.”

The city ties all its decision making to its Strategic Plan, a document that lays out priorities in five key areas. The plan makes sustainable infrastructure and encouraging responsible land-use priorities and calls for clear intentions for future development.

Faisal Anwar, Director of Sustainable Economic Development, said the city has been focusing its development priorities not on sprawl but on increasing density in a smart and affordable way. Selkirk’s population density is 410 people per square kilometre, up from 395. The average population density for Manitoban cities was 639 according to the 2011 census. Among cities, only Flin Flon had a lower population density than Selkirk.

“We didn’t create or develop any large scale subdivisions, housing 600 single family units,” Anwar said. “We created an environment for higher density in-fill development to achieve our target and we will keep working on it.”

The Strategic Plan points the city towards having the right kind of housing, and for that reason developers are encouraged to build a broad spectrum of housing types.

“Ten years ago there was almost no new multi-family units being built in the community. What we see now is the marketplace coming around and we’re seeing a whole lot more mid-range, higher range apartment blocks being built,” Nicol said. “We’re focused on attracting both rental and privately-owned units and for all income levels, so you’ve got the full continuum of housing covered.”

The availability of newer, higher end apartments has created movement, and vacancies in places where before there was limited space.

A growing community means an increase in property values and last year’s reassessment shows an average home in Selkirk increased in value by 15 percent, on par with the provincial average for the first time in many years.

Housing development continues within Selkirk. Over the next five years the city expects to see more in-fill and even some expansion of the city’s residential areas. Nicol points out that the city isn’t putting a halt to subdivisions, but its development fees are far lower for in-fill than green-fill development, where new roads and services have to be built and maintained.

“Any residential expansion we see in Selkirk will be consistent with our smart-growth focus; higher density, more walkable, mixed income, mixed-use. We are laser-focused on making sure that new growth makes us more sustainable, not less,” Nicol said.

Canada Census will continue to release new information in the coming months, allowing the city to learn more information about where its new 444 citizens came from.

Nicol said they have anecdotal data that indicates some are seniors from the Interlake and Eastman regions who are looking to downsize and move closer to shopping and other services, and some are young professionals working in health services relocating to be closer to work. Nicol said census information being released later this year will provide concrete data on the city’s changing demographics.

Through social media, its website, news stories and partnerships with community organizations, the city engaged its citizens prior to last year’s census to encourage them to participate in the process. In fact, Statistics Canada applauded Selkirk’s engagement efforts, and sent the city a thank-you letter.

Federal government transfer payments are based on population numbers garnered from the national census. Many municipal grants are also based on population. For every Manitoban missed on the census, the Province of Manitoba loses about $46,000 in federal funding.