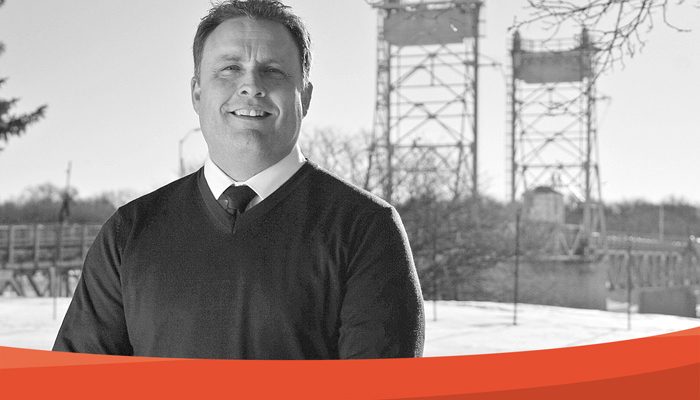 The City of Selkirk has created a new position and hired former RCMP Inspector David Thorne as its Director of Protective Services. Thorne started with the City on Oct. 17, 2016.

The Director is responsible for the City’s two By-law Enforcement Officers and for all protective and safety related programs and initiatives the city has. This includes managing the relationship between the City, Fire Department and RCMP, as well as Citizens on Patrol Program (COPP) and Anti-Graffiti Program. The Director is also the City’s Emergency Coordinator, replacing a previous part–time, contract position.

“Prior to the creation of the Director of Protective Services position, these jobs were scattered throughout city departments, being managed by several different managers,” said Duane Nicol, Selkirk’s Chief Administrative Officer. “There’s a real value, to the city and its citizens, to have Protective Services together in one department instead of fragmented across several. We’re going to be able to maximize on the synergy there, to be more coordinated, more holistic and get a better product out of that.”

Changing and new legislation in recent years has meant the City had to assess its protective and emergency services to comply with new regulations. The creation of the Director of Protective Services position improves efficiencies not only in the area of protection, but in other departments that previously handled portions of the workload.

Nicol said the new position aligns with the City’s Strategic Plan in a couple of ways, including its priority of creating a vibrant, safe and healthy community and attaining maximum value from community resources.

In the case of the latter, Nicol said the hiring of Thorne takes advantage of connecting with the right human resource at the right time. In Thorne, Nicol noted, the city gets a director with years of direct protective services experience in Selkirk, and a proven ability to connect with the community.

“Additionally, this will free up resources in other departments where our programs were being run, which we can redirect back to their core functions and improve on their primary services,” Nicol said. “And David Thorne, with his years of experience with the RCMP and particularly the RCMP in Selkirk, is the right fit.”

Thorne, who has 25 years experience in policing and was Inspector of the Selkirk RCMP detachment from 2009-2011, said he’s happy to be working with the City.

“I chose to retire from the RCMP here because I love the community,” he said. “During my time with the detachment, I had a great working relationship City Council and the Administration. This position is a great opportunity to continue and enhance that relationship. Selkirk is a great community and a great place to raise a family. I’m looking forward to helping make our city even better.”

Nicol said municipal roles in protective and emergency services have evolved over the years and the creation of this position is the latest in a line of responses to those changes.

The City has always been a leader in terms of emergency preparedness and received an award from the Province of Manitoba when it created the first municipal emergency plan. A part-time coordinator grew the plan and his recent resignation presented an opportunity to create the Director position and commit the necessary time to emergency preparedness.

Having a director allows Selkirk’s top-notch volunteer fire department members to be firefighters and not bureaucrats, he said.

Nicol said at one time, the City pinned all public safety responsibility on the RCMP, but in recent years has looked at what are truly policing issues and what are more community safety measures that the City and citizens can play a role in.

“When citizens are engaged in the community portion of public safety you get better results. So by having somebody with years of experience, a strong skill set in team building, relationship development and networking within the community, we believe that we’re positioning ourselves to take advantage of citizen engagement to enhance our safety programs,” Nicol said.

Thorne said building relations with the community is key to the success of protection services.

“One of our key focuses is to get people working together on the same side,” he said.
“There’s less resistance and you can achieve your goals a lot quicker when you come together.”

Since coming to the City, Thorne has reached out to several different organizations to create new relationships, and to enhance long–standing partnerships in the community.