Selkirk 2017 Budget Builds for the Future 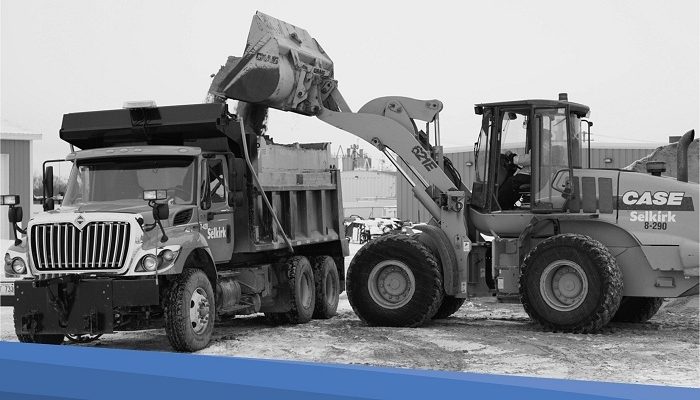 The City of Selkirk’s Budget 2017 has once again been approved before year’s end and ties spending to the Strategic Plan, a document that for the past two years has guided decision making and focused community and economic development in Selkirk. The budget is about striking a balance between addressing the city’s infrastructure gap while still being able to grow investments in the city and maintain the momentum that has been built in recent years, all the while keeping property taxes at a reasonable rate.

Mayor Larry Johannson said he’s proud of council and administration for their hard work in delivering a budget that addresses the community’s needs, has an eye to the future and keeps spending in check.

“I think we’re continuing down a path that we started on of paying attention to our aging infrastructure and spending wisely so we can extend the lifespan of everything from roads to rinks,” Johannson said. “Today, the challenge for council is to find that right balance. We’re keeping taxes low, but we’re still putting money where it’s most effective, in our infrastructure, and we’re making the community better at the same time.”

This is the third consecutive year that Selkirk has delivered its budget before year’s end. Most councils don’t have their budget finalized until several months into the new year, meaning the new year’s work can’t start until that time. Selkirk gets a jump on tendering jobs and gets them at a better price by being first out of the gate.

Selkirk CAO Duane Nicol said Budget 2017 follows the city’s Strategic Plan, which lays out a vision for the city to be a vibrant regional hub for commerce, culture and recreation, providing the best opportunities an urban centre can offer.

That plan comes alive in five priorities – a vibrant, safe and healthy community, a strong and stable local economy, safe and sustainable infrastructure, maximum value from community resources and environmental stewardship – and Nicol said the budget, like all city decisions, is tied to the Strategic Plan.

“Our focus for the past couple of years has been on fulfilling our community-developed Strategic Plan. It really is our north star, it guides us,” Nicol said.

The city has several large capital projects on the horizon – including its largest capital undertaking ever, a new $36 million water treatment plant, and a new fire hall, subject to provincial funding – and though physical construction won’t be completed for a couple of years, spending in Budget 2017 foreshadows those coming expenses.

Nicol called this budget a maintenance budget that achieves the goal of continuing the growth momentum the city has built in recent years.

“We’re not providing a bunch of new services, we’re maintaining what we’ve got because we know that in the next couple of years we’re going to have substantial debt payments we’ll have to make,” Nicol said.

The budget focuses on three areas, the first being addressing failing infrastructure and enhancing public safety. Furnaces at the Barn, Selkirk’s old arena, will be replaced at a cost of $20,000.

“They’re at the point of failure,” Nicol said. “We expect them to fail, they’re extremely old.”

The city will also spend $20,000 to replace pavers at the picnic shelter, which Nicol said are a trip hazard for people who use them. The home run safety net at the rec complex will be expanded at a cost of $7,500 and the trail maintenance budget will go up by $2,000 in response to public demand. The city’s recent Parks Survey showed that people enjoyed the trails, but would like to see improvements.

“We’re increasing the budget for trail maintenance because we know that people want better trails and we want to maintain them,” Nicol said.

The city will spend $1 million on resurfacing work on portions of McLean and Pacific avenues and Sophia Street and sewer lining on Jemima Street. Nicol said all were identified through the city’s capital asset management program as key investments that will have their lifespan extended with investment now.

The second focus area of Budget 2017 is supporting economic development and Nicol said there are some immediate actions the city needs to take in order to continue investments and developments already underway. The city also needs to spend on things that will facilitate growth and development, in a sustainable fashion, 10 or 20 years in the future.

“There’s a number of projects that were started in 2015 and will continue on to 2017 that are getting us ready to accommodate more economic development in the community,” Nicol said. “That’s a little bit different than what we’ve done in the past where we waited for investors to come and ask, and then they’d be delayed for a year of two as we looked at our infrastructure and zoning to make sure it could facilitate the demand. We’re doing the work now, making plans now. Today, investors expect you to be shovel ready. We’re going to be shovel ready, we’re going to have the plans, and we’re going to be ready for growth.”

For example, the city will spend $90,000 on a development plan for Annie west in anticipation of future growth to ensure the area has the infrastructure required to accommodate development. Similarly, $1 million will be spent on a storm retention pond in the Industrial Park.

The third focus area includes a number of strategic priorities that council identified throughout the year and city managers have been working on. Nicol called them “key visions for the community” that have now become part of Budget 2017.

Other budget highlights include upgrades to the rec complex that were identified earlier in the year through a report prepared by Stantec Consulting, construction of a land drainage sewer on McLean between Eveline and Main streets, the purchase of campground software and the relocation of the campground office. Nicol said the 2017 budget also includes a number of items that do not cost much, but will enhance the services the city offers.

Nicol said Budget 2017 was particularly challenging due to the rapid growth in non-discretionary expenses such as solid waste management. The contract to manage the city’s solid waste transfer station increased by 12% and the tipping fees for recycling and garbage increasing by 24% and 16% respectively. Despite these challenges, the city was able to keep the municipal tax increases to 2.99%. Nicol said the city was able to keep the increase low due to keeping a lid on discretionary expenses and to an expanding tax base.