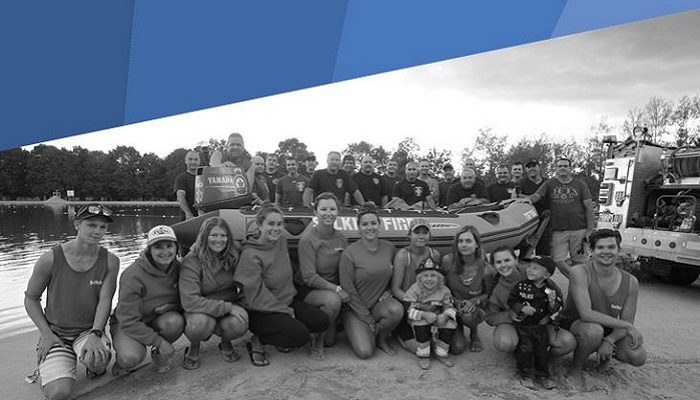 Swimmers are out of the water at the public pool in Selkirk Park and they’ve been replaced by construction crews doing a $210,000 upgrade to the facility.

Infrastructure improvements to the pool were first announced in May 2015, but put on hold while the city applied for a Canada 150 grant to offset the costs. The grant didn’t materialize, but the city did apply for and receive a $30,000 Community Places grant that will cover costs of repairs that will improve water quality and reduce the amount of water needed to fill the pool by more than six million litres.

The improvements, Nicol said, meet the city’s goal of aligning projects to its strategic plan, which calls for more active management of capital assets and getting maximum value from community resources. The plan also lists safe and sustainable infrastructure as a priority, and with the grant, the city has secured adequate funding for maintenance of a city-owned asset.

The pool is a city facility enjoyed by residents and non-residents alike. The summer of 2016 saw a total of 16,978 people use the pool, an increase of 14% over the previous year, making the pool a huge tourist attraction and contributor to Selkirk’s economy.

“We’re investing in the pool because it’s a huge community asset, people use it all the time,” Nicol said.

Pool put to use in creative ways in 2016

Besides being a place where people can cool off and relax during the summer heat, the pool was also used for an extremely popular dog swim at the end of the season, and for firefighting.

Rob Perry, Water Rescue Coordinator of the Selkirk Fire Department, said they usually do one training session per year at the pool, and it’s typically doing retrievals, practicing with equipment, or board rescues. This summer they did something different.

“This is the first time doing a grid search,” Perry said.

The enhancements to the pool include the replacement and enlargement of two main drains and the addition of 24 return inlets, which will replace just three that currently exist. The new piping will be placed on the bottom of the pool and will be paved over, a move that will result in a reduction in depth in the pool’s centre from seven-feet to five-feet deep.

The reduction in depth will make the pool safer for young swimmers – who make up the majority of the pool’s users – while still allowing for older swimmers to comfortably swim across.

Work began at the beginning of September and is expected to wrap up around the end of October.