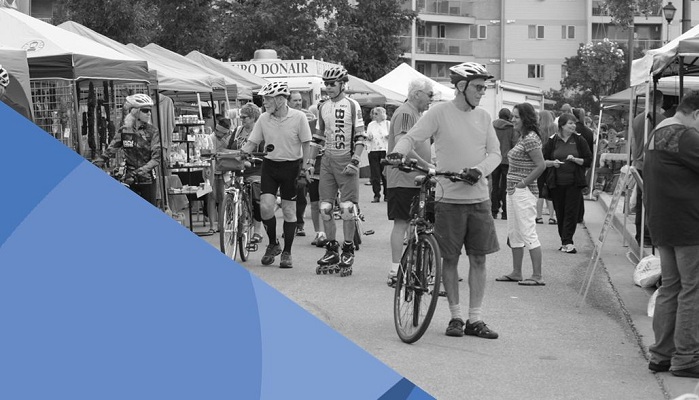 The strategy – which looks at Manitoba Avenue East, along with the Waterfront and Water Tower, and the area from Rosser to Taylor avenues – was built with input from Selkirk citizens and stakeholders and aims to focus the direction of downtown renewal. It will provide a plan of action that will ultimately result in downtown becoming a place where people want to be, to shop, to meet friends, to go for a night out and to call home.

Selkirk Chief Administrative Officer Duane Nicol said revitalizing downtown is a commitment of council and the Renewal Strategy involves not just elected officials, but citizens, property owners and other stakeholders who want to see Selkirk’s downtown area, and ultimately the whole city, thrive.

“Revitalizing Selkirk’s downtown is a priority that’s come out of our Strategic Plan and it’s been a commitment of this council, who’ve consulted people and property owners and users of that space. We all want to try and encourage more economic activity so there’s more businesses downtown and more people living downtown in residential properties,” Nicol said.

“The strategy will see council’s efforts directed at working towards these goals, along with things like beautification and more active transportation. Things that will help create that vibrant space.”

Faisal Anwar, Director of Sustainable Economic Development for the city, said work on a secondary plan for the downtown began in 2012. Council formed an advisory committee, chaired by Coun. Ken Beerman, and community consultations were undertaken. Ultimately, the city switched from a secondary plan to a renewal strategy, which allows more freedom to implement changes.

A secondary plan is very specific legislation and while it provides controls over what can and can’t be developed in the designated area, it also eliminates certain tools that allow for flexibility, such as a variation process.

“We opted to go with a strategy because strategies are flexible and we can implement that strategy through our zoning bylaw amendments,” Anwar said.

“Even if down the road we feel that we need to make some changes in design guidelines or in zoning bylaws then we can make changes easily.”

Beerman, who said the advisory committee listened to the community and developed a plan that reflects their vision, is glad to see renewal finally happening for Selkirk’s downtown.

“It’s very exciting. It’s so important to any community, large or small, that you maintain your downtown core area in a condition that stimulates economic activity and growth,” Beerman said.

“And if you don’t have that plan, and Selkirk has not had that plan, you can see the results before you now.”

Beerman said small changes will be undertaken immediately with improvements to lighting and landscaping, but the bigger, more significant changes will be in the coming years and include street and parking alterations and work under the street to make sure businesses and residential properties can be properly serviced.

He gave credit to city staff for undertaking such a huge project.

“There’s been a ton of work that city staff have done, phenomenal job. This is why you have an economic development department, to get these things done. They’ve done a great, great job.”

The Downtown Renewal Strategy hits on several of the priorities in the city’s Strategic Plan, including downtown revitalization, taking firmer control of our economic destiny, building on Selkirk’s status as a regional service centre and revitalizing Selkirk’s image.

Mayor Larry Johannson said downtown is the heart of any community, and Selkirk is fortunate to have historic Manitoba Avenue East as home to its downtown. Manitoba is a unique thoroughfare, Johannson said, in that it houses an ever-expanding retail centre in Selkirk Crossing at the west end, and the promise of a vibrant, exciting shopping, dining and gathering place at the east end.

“Manitoba East and the rest of the downtown area has all the potential in the world,” Johannson said.

“The character buildings, the walkability of the area, the beautiful Waterfront and the desire of the people of Selkirk to see it become a real destination. I’m excited for the possibilities and this Downtown Renewal Strategy is the first step in making it all happen.”

It also has seven initiatives that will support the strategy and help achieve its objectives, including zoning bylaw amendments, fire hall relocation and creation of a Business Improvement District.

Shirley Muir, a Selkirk resident and president of the PRHouse, was part of the advisory committee, said Selkirk’s downtown potential has been imagined, and realized, time and time again by those outside the community, and it’s exciting to now be on the cusp of true renewal being realized.

“When ever a movie shoot comes to our downtown and dresses it up for Hollywood, it reminds me how little it can take to make Manitoba East interesting again. The downtown renewal strategy is far more robust and visionary than a short term movie and has the promise to make the downtown the go-to place for Selkirk citizens, for tourists and for our friends in the region,” Muir said.“The City of Selkirk’s efforts to redevelop the old downtown and neighbouring streets has great possibilities and I’m glad to have had a chance to work on it with incredible leadership at the staff and council level.”

Selkirk Biz president Brett Mitchell was also a member of the advisory committee, and he said the strategy has Selkirk on the right track.

“Cities and towns around the world have realized that a vibrant city centre is imperative not only for their primary downtown businesses but also for the surrounding community as a whole,” Mitchell said.

“The more people who work, live and play in the downtown the safer and more attractive it is for all to enjoy. It perpetuates itself, more activity, more business and a much more positive energy. I certainly believe we are heading in the right direction.”

Walk & Jog returns with COVID-19 rules and a free start to the program to kickstart the season
October 1, 2020
Stay in the Know!
Top Posts & Pages
Archives
Twitter
My Tweets
Go to Top