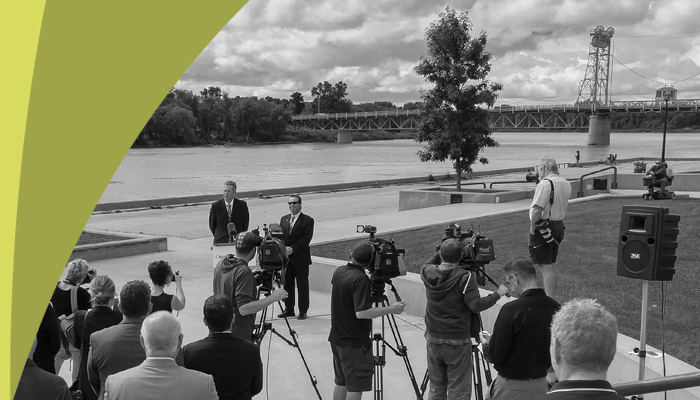 The City of Selkirk is investing in the environment and its citizens’ futures with the announcement today at the Selkirk Waterfont of a new Waste Water Treatment Plant that will be equally cost shared by the city and the Governments of Manitoba and Canada under the Building Canada Plan.

Selkirk Mayor Larry Johannson said the new treatment plant, which will be built on land behind the existing plant on Main Street, will utilize the latest technology and will position Selkirk as a leader in wastewater treatment and environmental management.

“Today’s a significant day in the City of Selkirk’s 134-year history. We’re tackling our largest ever capital project with this $36 million wastewater treatment plant and we say thank you, first off, to the provincial and federal governments for their partnership in this project. It would not be possible without them,” Johannson said.

“Selkirk council takes its role as community leaders and environmental stewards seriously and by replacing a non-compliant, 40-year-old treatment plant with a state-of–the art facility will build our community today, tomorrow and well into the future for generations to come.”

The $36 million project will bring the city into compliance for wastewater treatment. The provincial government introduced new regulations for nitrogen and phosphorus levels in effluent discharged into the Red River several years ago and gave cities and municipalities in the province until 2016 to meet the new phosphorus levels and until 2017 for nitrogen.

Selkirk councils since that time have been looking at ways to meet the new licensing regulations for nitrogen of 15 mg/L and phosphorus of 1 mg/L.

Johannson said today’s citizens are more environmentally conscious and protecting the Red River and Lake Winnipeg are priorities for everyone. Replacing an out-dated treatment plant is the right thing to do, but it comes at a significant cost. The Building Canada Plan reduces the financial burden for the city, but still requires Selkirk to contribute about $12 million.

Previous council created a nutrient removal reserve, a Public Utilities Board directive, which currently sits at $800,000. The mayor commended that proactive approach, but said the city will have to explore other options to help reduce the burden on taxpayers. Still, he said, there’s no getting around the fact there will be a cost to citizens for this mandated improvement.

The city’s current plant, built in 1976, processes an average of 4.6 million litres of effluent per day, according to 2013 statistics. The new plant will be able to handle the average flow plus 25 per cent and it will be built large enough to accommodate future growth.

CAO Duane Nicol said the new plant aligns with the city’s strategic plan priority of being good environmental stewards. It will be better able to handle the increased flow that occurs during heavy rain events due to the city’s combined storm sewer system that still exists in parts of the city.  The new plant will have overflow chambers so when a heavy rain results in greater flow, the excess will go into the chambers and be treated before being released into the river.

Tanks from the current plant will be repurposed and used for overflow chambers in the new plant.

“This new plant will utilize the best technology of the day. Society has raised its standards for the environment, as they should, and part of our strategic plan is being good environmental stewards and improving our practices. This is probably the largest delivery on our strategic plan that we’ve had to date,” Nicol said.

“From an environmental perspective, this is fantastic. And I’d like to commend city staff, led by our Director of Operations, Dan McDermid, for their excellent work in seeking out the best, most cost-effective, long-term solution. Without that effort, the financial impact would be even higher.”

McDermid said the city is partnering with the Manitoba Water Services Board, who will serve as project manager.

He said building a new treatment plant is the right decision. While an addition to the old plant may have been a cheaper fix in the short-term, the reality is the city would still have a 40-year-old plant that would have to be replaced in a few years anyway making the “band-aid” fix more expensive in the long-run. The new facility will be cutting edge and provide environmental and economic stability for years to come. Selkirk’s citizens and Manitoba’s waterways will be the beneficiaries.

“The new plant will be able to meet the new provincial regulations for nutrients and the result is a cleaner discharge into the river and a better environment for everyone.” 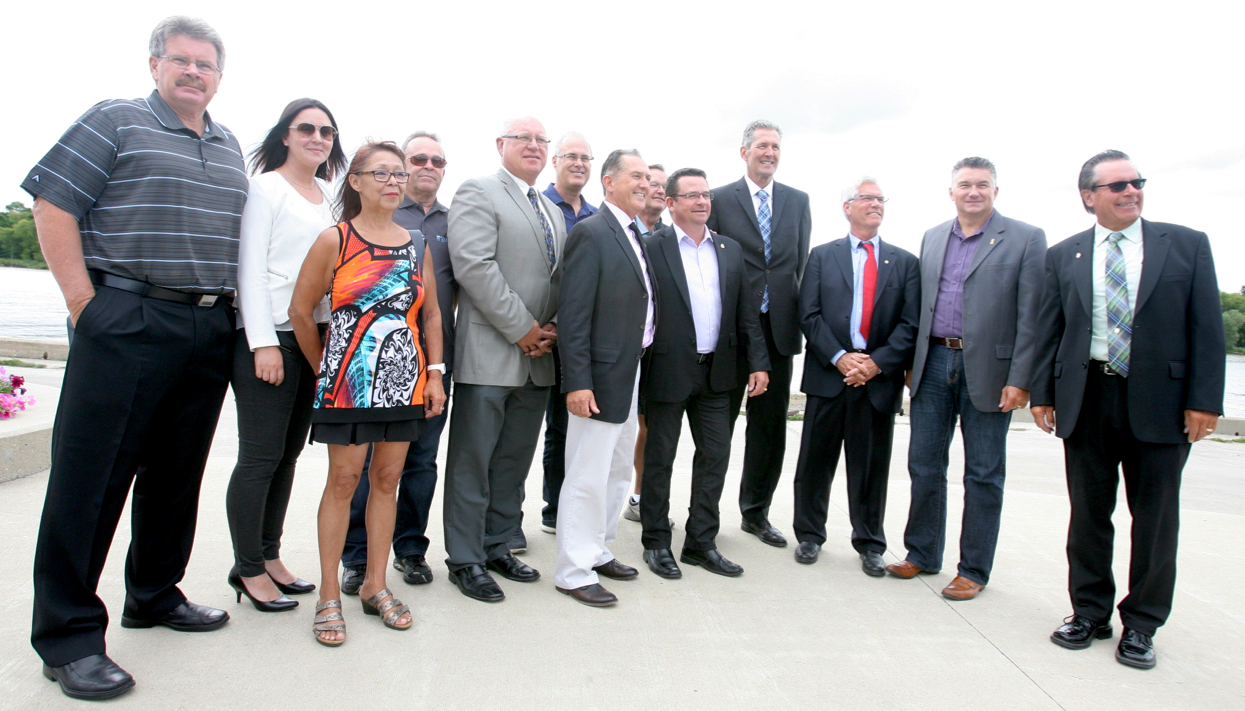