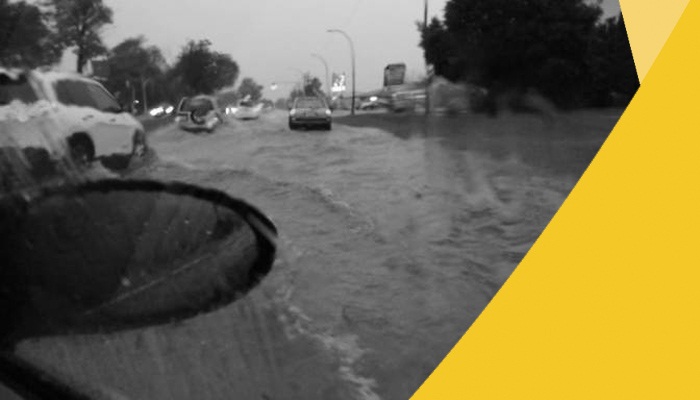 On June 9th the City of Selkirk experienced an extreme rain event which reportedly caused 37-40mm of rain to fall in a period of about 30 minutes. Selkirk’s average rainfall for the entire month of June is 93mm of rain. In total, 86mm of rain fell in Selkirk over the 24 hour period.  This event followed days of rain which had saturated the ground reducing the capacity of lawns, boulevards and other green spaces to hold and retain precipitation.

Despite the City’s systems being fully operational and running at full capacity, the volume of water that fell during the rain event overwhelmed the City’s storm sewer land drainage systems causing multiple incidents of on-street flooding and sewer backups. This event exceeded the designed capacity of the City’s storm water management system.  There was no practicable action the City could have taken during the rain event that would have prevented this situation.

Sewer backups typically result from “combined sewer systems”, an infrastructure practice that was generally accepted prior to the 1970s when much of Selkirk’s sewer infrastructure was installed. Combined sewer systems merge wastewater and storm water collection into a single pipe and as a result, when heavy rainfall events happen, these pipes can fill and backup through basement drains.

Many urban municipalities have combined sewer systems that are subject to such backup during high volume rain events. 31% of the City of Winnipeg is served by combined systems, the majority of which is in the older, city core.

In 2001 the City of Selkirk developed a long-term, multi-phase plan to separate key combined sewer lines within the City. In 2011 the City completed phase 2 of the 10-phase program at a cost of $4.3 million dollars. The remaining eight phases are estimated to cost between $20 and $25 million and will be undertaken as part of future capital improvements.

Report Your Basement Flooding with the City of Selkirk

Unfortunately there are no municipal or provincial financial assistance programs available for basement flooding that occurred during this event. As sewer backup is an insurable event, citizens who’ve experienced such flooding would not be eligible for Disaster Financial Assistance. For more information about this program please visit http://www.gov.mb.ca/emo/recover/home/dfa_home.html