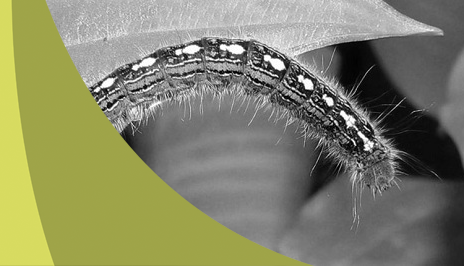 The City of Selkirk is monitoring the current forest tent caterpillar resurgence that is occurring throughout the city, but will not be using chemical spray in an attempt to eradicate the species.

Selkirk, along with many other parts of the province, is in the midst of a forest tent caterpillar cycle. Tent caterpillars are native insects in the province and typically appear every 10 to 12 years. They are in their caterpillar stage now, but in a few weeks will turn into moths.

Selkirk Chief Administrative Officer Duane Nicol said the city will not use chemicals to try and interrupt the cycle, as the insects are naturally occurring and pose no danger to human health and minimal danger to plant life. The province of Manitoba does not spray, nor do most other municipalities.

“What we know from dealing with provincial specialists and entomologists is that the caterpillar on its own is very unlikely to have any long-term negative impact to the tree,” Nicol said.

“We recognize they’re ugly, they’re gross and aesthetically they’re a problem, but it’s not a good use of resources to deal with an aesthetic problem when this is a natural cycle. We’re going to experience this for the next couple of years, either to a greater or lesser degree, then it will go away for a long period of time, because it is a natural cycle. It’s certainly frustrating, but we do want to give some comfort to residents that this is a naturally occurring event and that their trees will be OK.”

Dan McDermid, the city’s director of operations, said while the insects do consume leaves off of deciduous trees, the trees are very capable of rebounding, and can even see leaf regrowth within the same summer. If the leaves don’t return the same summer, they should return the following year.

“If it’s a sick tree already and it was already dying and a caterpillar came in and attacked it and took all the leaves away, maybe that tree might have a longer term affect, but most likely a healthy tree is going to bounce right back this year or next year,” McDermid said.

Nicol said chemical spraying could only be done to trees on city property, and it would have had to be completed in early May. To have any impact now, a more toxic spray would have to be used. That chemical is potentially dangerous to small mammals such as dogs and cats. He said the city would be hesitant to use such chemicals particularly to interfere in something that occurs naturally, like the tent forest caterpillar, especially because it is innocuous.

“It’s a natural cycle, rather than spend tens of thousands of dollars to deal with a natural cycle that we can’t have any real material impact on, we’re monitoring it. If it does look like there could be potential for permanent damage to trees or plant life, we will be looking at dealing with those particular areas in the future,” he said.

Nicol said along with monitoring this cycle of caterpillars, the city has long-term plans that will help ensure the longevity of our urban landscape. The city has started its own tree farm and will grow various types of trees that over time will be planted throughout the city to create a well-rounded urban forest.

While tent caterpillars aren’t particularly fussy about what types of trees they attack, as long as they’re deciduous, other insects will target specific types of trees. By having several types growing throughout the city, the chances of having your tree population wiped out are greatly reduced.

“We’re dealing with this in a long-term way. Forest tent caterpillars are just one species, there’s lots of other species that we’re going to have to deal with as time goes on and the best way to deal with these things is to have a diverse urban forest, lots of different types of trees so that we’re not dependent on any one kind of tree,” Nicol said.

– the moth form of the forest tent caterpillar lays eggs from July to early August in bands around small twigs. They develop into caterpillars within three weeks. These caterpillars over-winter in the eggs and emerge in spring. Emergence coincides with bud development on trees. The tiny caterpillars feed openly in colonies on the unfolding leaves. Feeding lasts from June to mid-July, with most of the feeding occurring in the fifth caterpillar stage. In this stage the caterpillars migrate in search of new food supplies or suitable cocooning sites. After five to eight weeks of feeding the caterpillars spin silken cocoons.

– the pupal stage normally lasts 10 days. Adult moths emerge in mid to late July, mate, and lay eggs. The adult moths are active fliers and can be carried for several hundred kilometres on air currents. The adult stage lives for five to 10 days. There is one generation per year.

– feeding damage ranges from a light thinning of the tree top to the complete stripping of tree leaves. This damage can occur to trees over large areas. Usually the trees do not die, and a second set of leaves emerges later in the season.

– forest tent caterpillar populations are controlled by a variety of natural factors:

To decide whether active management methods are necessary, first inspect trees to find out whether caterpillars are still present. The damage is often not noticed until after they have finished feeding and left the tree.