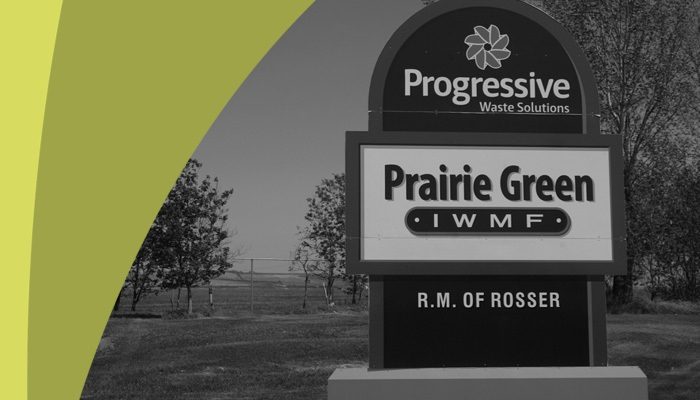 The City of Selkirk is increasing its waste transfer station fees for the first time in 13 years in an effort to make the service a truer user-pay model and to meet a strategic plan requirement to continually improve in efficiency and convenience.

Dan McDermid, the city’s director of operations, said though costs for transporting waste to Progressive Waste Solutions in Rosser have increased steadily, the city has not upped its charge to those using the waste transfer station.

“The general fees have not been increased since 2003 but our costs have been increasing,” McDermid said.

“Our tipping fees have increased 330 per cent – that’s the cost we pay to take material from our transfer station to Progressive Waste.”

Chief Administrative Officer Duane Nicol said costs of managing the city’s waste transfer station and transporting the garbage to the Rosser landfill have increased as well.  Last year the city spent $300,000 for waste services, while only bringing in around $100,000.

“The costs over revenue difference, what we are actually losing providing that service, is over $200,000 per year,” Nicol said.

“These are resources we could use in other areas of the community making better infrastructure investments.”

McDermid said heavier loads, such as shingles and demolition waste, cost the city more at Progressive.

“Shingles are expensive. They’re very compact, so you can put a lot of them in a truck or trailer, but they weigh a ton.”

The city has also installed shingle and lumber bins at the waste transfer station so those materials will be recycled at Progressive’s end. The wood has to be clean wood, McDermid said.

The city is also increasing the cost residents pay for an extra bag of garbage for curbside pick up. The cost will now be $2 per extra bag, up from $1. There hasn’t been an increase in the extra bag fee for 12 years.

“We’re trying to encourage recycling and reuse. The hope is people will start diverting more from the landfill,” McDermid said.

“We have unlimited recycling, so you can put as much recycling out as you want, every week. We’re hoping people will start reusing and reducing. If they can do that, then this is easy, there’s no need to go to the transfer station or pay for an extra bag.”

Nicol said the City of Selkirk has always been at the forefront of waste management, and was one of the first in the province to go to a curbside recycling program.

“We’re trying to be innovative, Selkirk has been on the leading edge of waste diversion for a long time,” he said.

“We were one of the first communities in Manitoba to have a full community recycling program back in the ‘80s with our curb side pick up. We have a lot of waste diversion activities at our waste transfer site and we’re exploring some pilot programs this year with the wood and shingle recycling.”

The city is still at the forefront of waste management and is one of the few to offer an extensive spring clean up program that allows residents to put large items on the curb for pick up by city staff.

“Garbage is expensive. It’s one of the fastest growing municipal service costs that we have and we need to manage it, because it’s not sustainable, it grows at a rate that’s not sustainable at our current levels of waste diversion,” Nicol said.

“We have to incent the things you want to see more of and provide a disincentive for other things, by passing on the true financial costs of garbage to the people that are generating the garbage the most, then I think there’s an incentive for them to find other ways to manage their waste.”

“We’re committing to a more regular look at these rates and so rather than one large increase every 10 years there’ll be smaller increases to keep up with the cost,” he said.

“In the future we’d like to install a scale system at the waste transfer station so we can move to a weight cost, which is how we pay, rather than a volume cost. It would be even closer to a user pay system.”

For a full list of waste transfer station tipping fee prices, see below.

For comparison, please see below for the PAST Tipping Fee Schedule