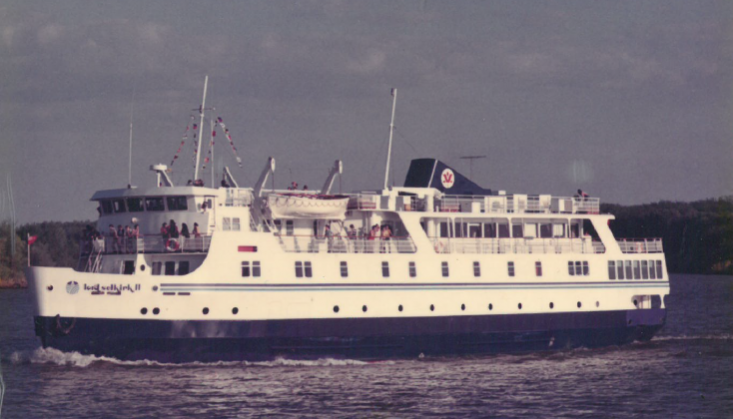 Now that we’re all done ringing in the New Year it’s time to kick off 2016 with a nod to Selkirk’s past.

The Noventis Credit Union’s Evening of History, A Fundraiser for the Selkirk Heritage Endowment Fund (SHEF), will be held at Gwen Fox Gallery in the Selkirk Community Arts Centre on Feb. 4 from 6 p.m. to 8 p.m.

The second annual fundraising evening will feature hors d’oeuvres, wine and beer along with heritage displays, a historical presentation focusing on the MS Lord Selkirk II, entertainment, an art auction and a chance to shop in the gift shop. A little bit of history will be made when the fund pays out its first grant that evening. The beneficiary of approximately 4 per cent of the fund’s value will be the Marine Museum of Manitoba, located in Selkirk Park.

Bev Clegg, executive director of the Selkirk and District Community Foundation, which manages the fund, said it’s important because it guarantees the region’s past will never be forgotten.

“It was so nice to see a few years ago the City of Selkirk create the Selkirk Heritage Endowment Fund,” Clegg said.

“It’s going to bring even more history to our community, ensuring that the memories, past and future, last forever.”

SHEF was established in 2012 by the City of Selkirk, which contributes $50,000 annually to the fund that is currently valued at $241,000.  Donations from other community- and heritage-minded donors have come in as well.

Selkirk CAO Duane Nicol was a city councillor in 2011 and was the one to propose the fund to council. Council established the SHEF as a perpetual endowment fund to support the on-going operational costs of a new municipal heritage museum. Until such a museum is established, the fund will provide its annual grants to the Marine Museum of Manitoba.

“It’s exciting that the fund will pay out for the first time in 2016,” Nicol said.

“Not only has the city been contributing to it, but others who believe in preserving our history have stepped up and made donations as well. We’re now starting to see the dividends of council’s long-term vision.”

Tickets for the fundraiser are available for $25 or $50 for a builder ticket. Each ticket entitles you to admission, including entry into a draw for a door prize, two glasses of wine or two beer and hor d’oeuvres. Those who opt for the $50 ticket make a greater contribution to the fund, get their name on the ‘gold guest list’ that will be displayed near the bar and they receive a $25 tax receipt.

Tickets are available at Selkirk Civic Offices at 200 Eaton Ave., and Noventis Credit Union at 1014 Manitoba Avenue, in Selkirk Crossroads. Cash only please.