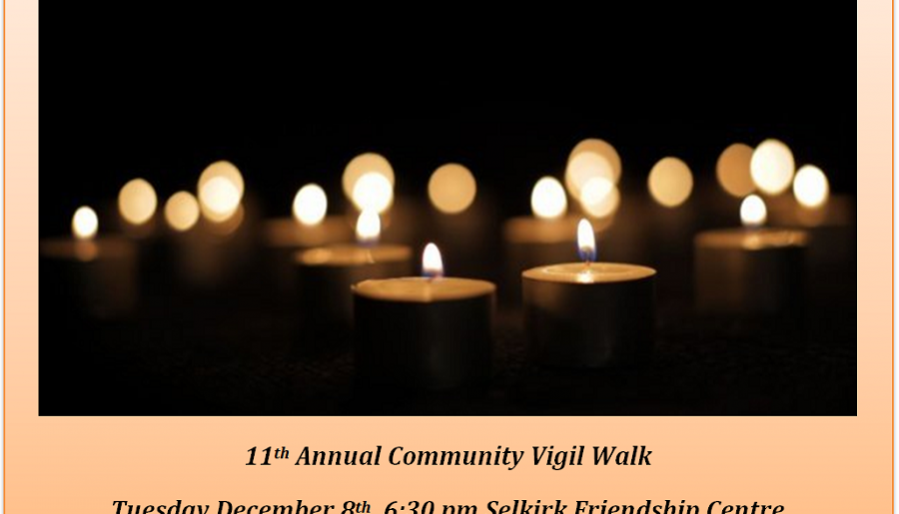 The Business and Professional Women’s Club of Selkirk (BPW) in partnership with Nova House, the Selkirk Friendship Centre and City of Selkirk invite you to take part in the 11th annual Community Vigil walk in support of women and children who suffer from and who have lost their lives due to abuse.

Elaine Elliot, President of BPW Selkirk says “Our BPW began this walk 11 years ago as a local walk for the Women in the Montreal Massacre  but we also wanted to remember our Manitoba Women and others across Canada who die every day due to violence.  We decided to Partner with Nova House in this event as they had the knowledge of abused women.”

A partnership between the Manitoba Government, City of Selkirk, Nova House, Housing and Community Development, Family Services  and Local Citizens made it possible for Nova House to build a brand new shelter to help women, and children affected by family violence. Nova House has launched a campaign to raise $1 million, supported by a $500,000 private donation from the Jim and Betty Anne Gaynor family and a contribution of land and services, valued at $300,000, from the City of Selkirk.

Nova House provides facilities, programs and services in the Interlake and North Eastman regions to protect and empower women and children against domestic violence.  Nova House currently manages shelter accommodations in Selkirk and will provide programming and support for the women and children in the new facility.

“Nova House really appreciates the Selkirk BPW for their assistance in increasing awareness and giving the community an opportunity to remember and honour the women murdered at the Montreal Massacre because they were women, and to also remember the women murdered in Manitoba each year.  We thank all who are involved in continuing to raise awareness and look to an end to violence in our homes and communities.” said Anna Pazdzierski, Executive Director of Nova House.

Please join us on Tuesday December 8th at 6:30 pm in this community vigil walk to remember those who have been lost, support those who are suffering and bring awareness to the issue of abuse. 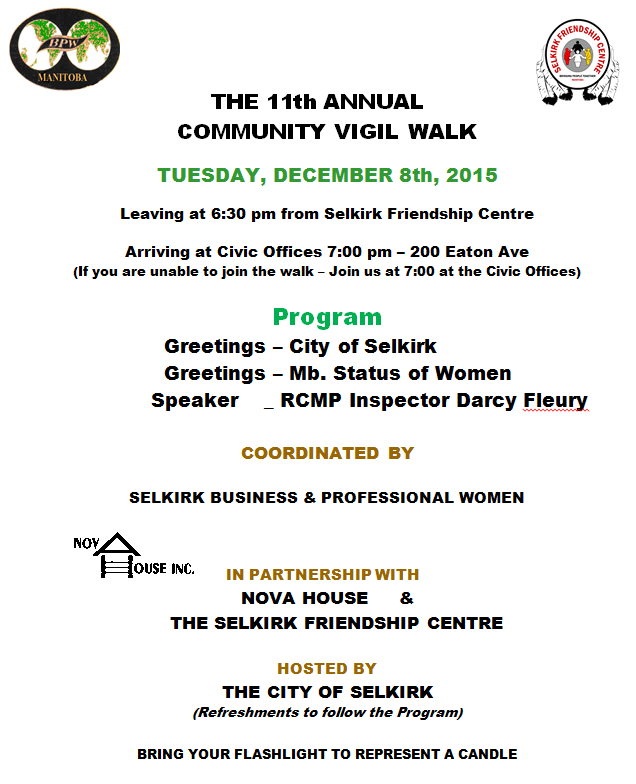